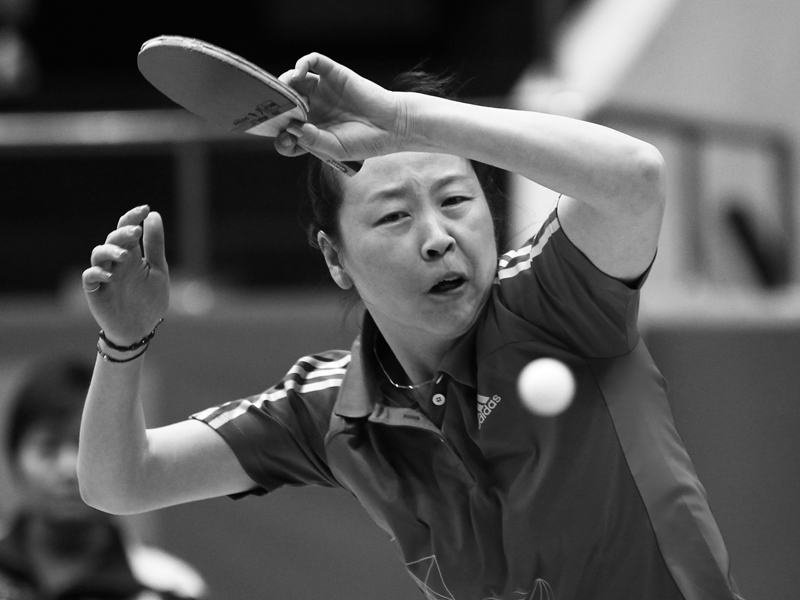 LI Jiao (NED)
Born: 15/1/1973 in Qingdao (CHN)
Achievements: European Games: gold medal in 2015
European Championships: 7 medals, 6 gold medals
Europe TOP 12: 4 gold medals
Born in Qingdao, China on Monday 15th January 1973, Li Jiao was at the vanguard of Netherlands success from 2005 to 2012; left handed, pen hold grip, the major strength of her play being a high thrown service followed by a devastating first attack.
She made her debut at the World Championships in 2005 in Shanghai reaching the quarter-final round of the women’s singles event; later she was on duty at the Olympic Games in 2008 in Beijing, 2012 in London and 2016 in Rio de Janeiro, in England’s capital city she reached the last eight of the women’s singles event.
Furthermore, commencing in 2007 in Chengdu, she competed in seven editions of the Women’s World Cup; her most successful endeavour being her last; in 2015 in Sendai she finished in fourth place.
However, it is European competitions where she enjoyed the greatest success. At the European Championships on debut in Aarhus she reached the semi-final stage of the women’s singles event, before securing the title in 2007 in Belgrade and 2011 in Gdansk. In addition alongside Li Jie and Elena Timina, she led the Netherlands to women’s team gold in four consecutive years starting in 2008 in St Petersburg followed by success in Stuttgart, Ostrava and Gdansk.
Furthermore, she won the Europe Top 12 four times; she won in 2007 in Arezzo, the following year in Frankfurt before winning again in 2010 in Düsseldorf and in 2011 in Lüttich.
Notably she secured the women’s singles title at the Baku 2015 European Games, whilst in addition winning women’s singles titles on the ITTF World Tour in 2008 in Slovenia and in 2010 in Poland.