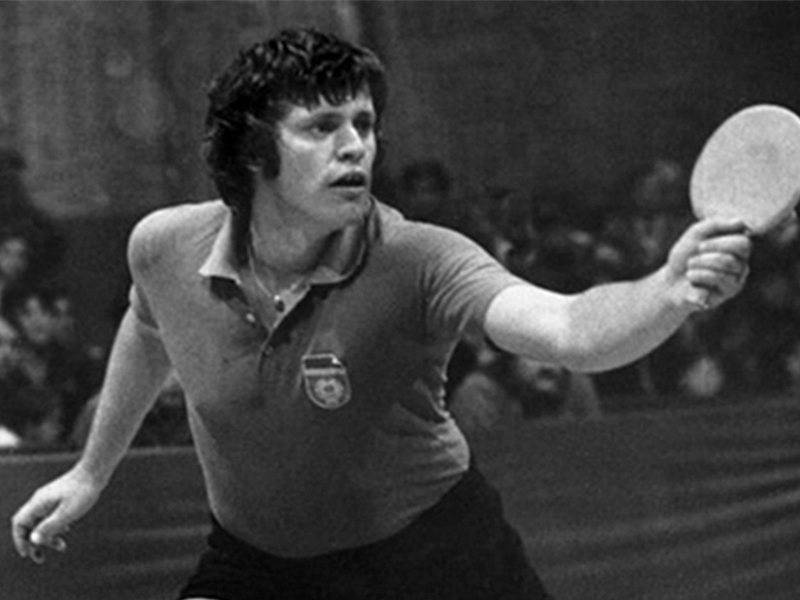 Born in the small Croatian town of Duga Resa on Tuesday 18th May 1949, at the time one of the six republics that formed the country known as Yugoslavia; two younger brothers, Marijan and Ivica, Antun Stipancic lived with his family in an apartment located at the local football club, the premises also housing the table tennis club, father was the caretaker.
Attending local coaching sessions, Antun improved rapidly, in 1961 in the local Karlovac League, he won his first title, a cadet boys’ singles event; it was to spark a quite remarkable career. He became known as “Tova”, the wonder kid and gained the accolade of “the golden left of Croatian table tennis”.
In 1965 in Ljubljana he made his World Championships debut; later lining up alongside the likes of Istvan Korpa, Edvard Vecko, Milivoj Karakasevic and in particular Dragutin Surbek, he became a vital member of the Yugoslav men’s team.
At World Championships the crowning glory was in 1979 in Pyongyang when with his erstwhile partner, Dragutin Surbek, the duo won the men’s doubles title; notably four years earlier he had been the men’s singles runner up in Calcutta when beaten in the final by Hungary’s Istvan Jonyer. Overall at World Championships he won one gold, four silver and four bronze medals.
Likewise at the European Championships, in 1968 he partnered Edvard Vecko to men’s doubles gold, repeating the feat with Dragutin Surbek in 1970 in Moscow, Later in 1976 in Prague, he secured gold in the men’s team event and alongside compatriot Erzsebet Palatinus claimed the mixed doubles title. In total at European Championships he won four gold, three silver and six bronze medals.
He passed away on Wednesday 20th November 1991; he was only 42 years of age.