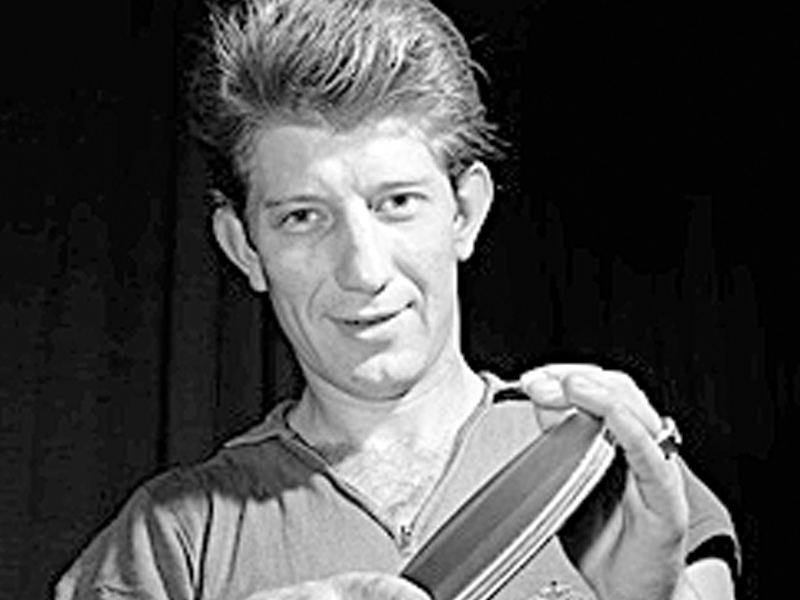 He was the “Table Tennis Zatopek”, named after the famous athlete Emil Zatopek; the reason was for his incredible endurance and dedication to practice; often eight hours a day, far more than any other player of his time. Using a sponge covered racket, he was primarily a defender.