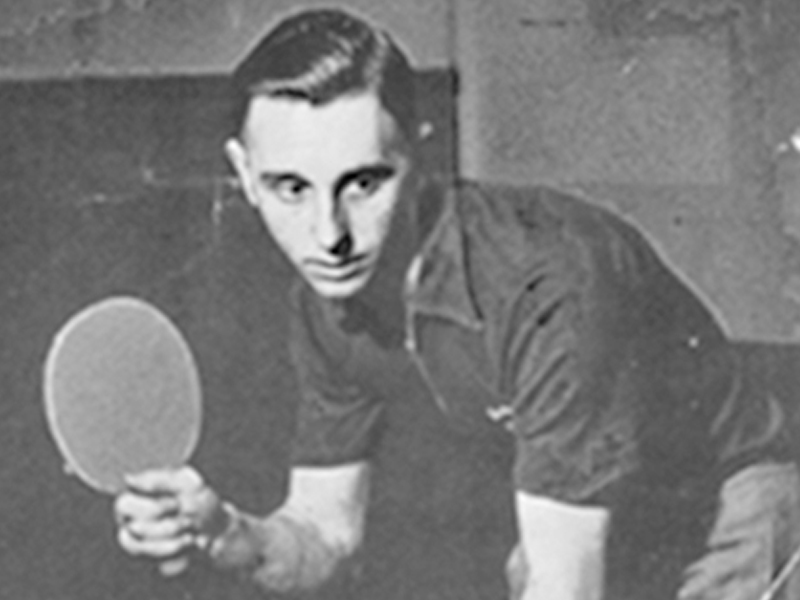 Principally a defensive player, Johnny Leach was renowned for his temperament; never a hint of panic in his play. He started to play table tennis when 17 years old. He received the MBE (Member of the British Empire) and 1969 gave table tennis lessons to Gregory Peck for the film “The Champion”.