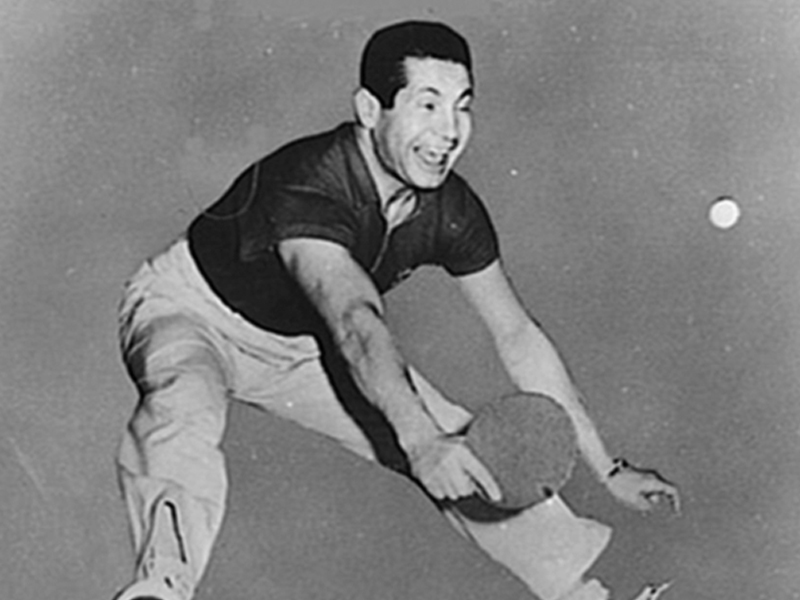 The global traveller, he played in 108 countries and in every continent. Noted for his defensive skills, he displayed outstanding footwork and was very much an ambassador for table tennis; he was totally dedicated and insisted he was a great sportsman in a great sport. He made his own rackets, the blade slightly larger than usual, the handle slightly thicker. He opposed the use of sponge.