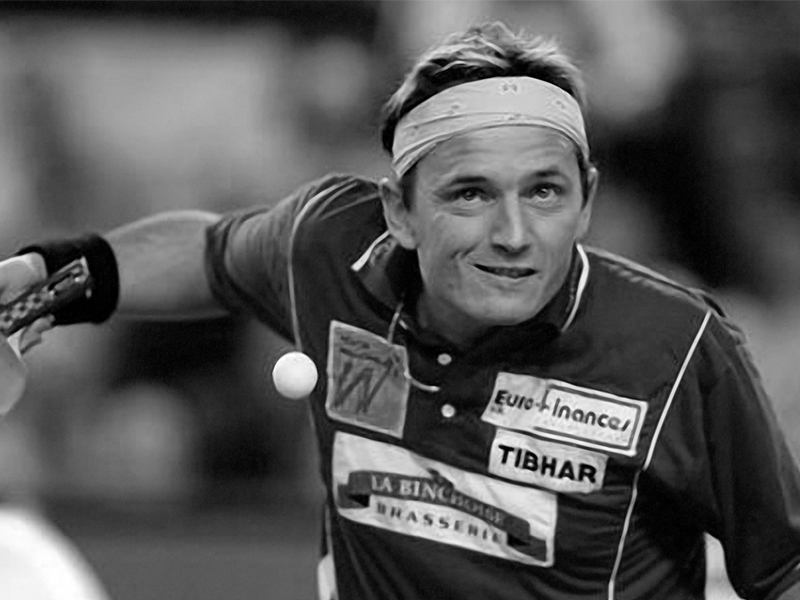 No player has lifted the fortunes of a nation more than Jean-Michel Saive; on his debut at the World Championships in 1983 in Tokyo, Belgium finished in 34th place; in 2001 in Tokyo they were the runners up. The progress of Belgium is the career of Jean-Michel Saive.
In 1993 he became the first non-Chinese player to win the Men’s Singles title at the China Open