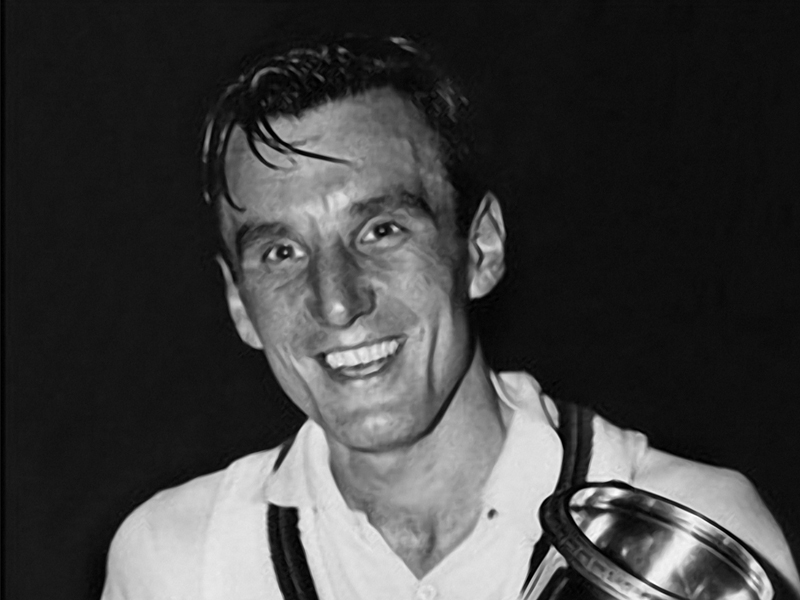 He was one of the “multisport” talents in Table Tennis and Tennis,
in addition to Ann Haydon-Jones/ENG and Bela von Kehrling/HUN.
He was able to win 3 consecutive Wimbledon Singles 1934, 1935 and 1936 –
US Open in 1933, 1934 and 1936, French Open in 1935 and Australian Open in 1934.
His sports clothing brand “FRED PERRY” is still operating today.
He was born in Stockport, Greater Manchester. He is the only sportsman win a Grand Slam tennis tournament and a World Championships table tennis title.