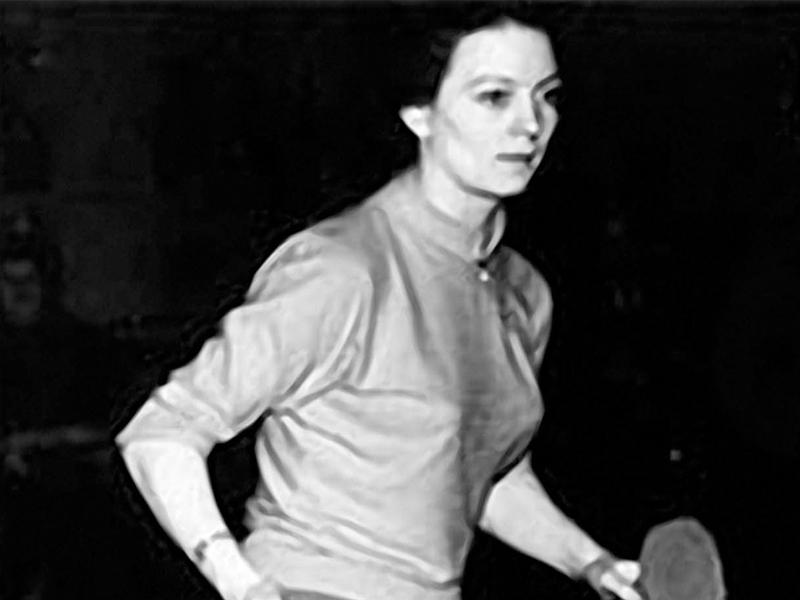 International TT player for England and Federal Republic of Germany.
World famous for playing Women’s Doubles with her twin sister Rosalind (“Rowe Twins”).
The former Diane Rowe, she was the left hander, Rosalind was the right hander; Diane is the
Honorary President of the Swaythling Club, She is the oldest living World champion.