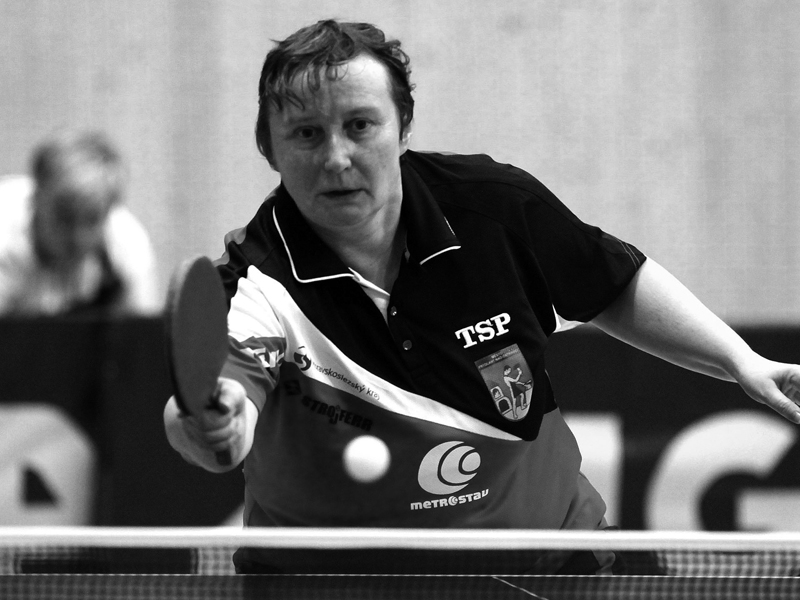 Born in Ostrava, fast close to table attacking play was her hallmark.
Notably in 1988 she reached the semi-final stage of the Women’s Singles event at the Seoul Olympic Games; it is the best ever performance by a European female player at the quadrennial event.