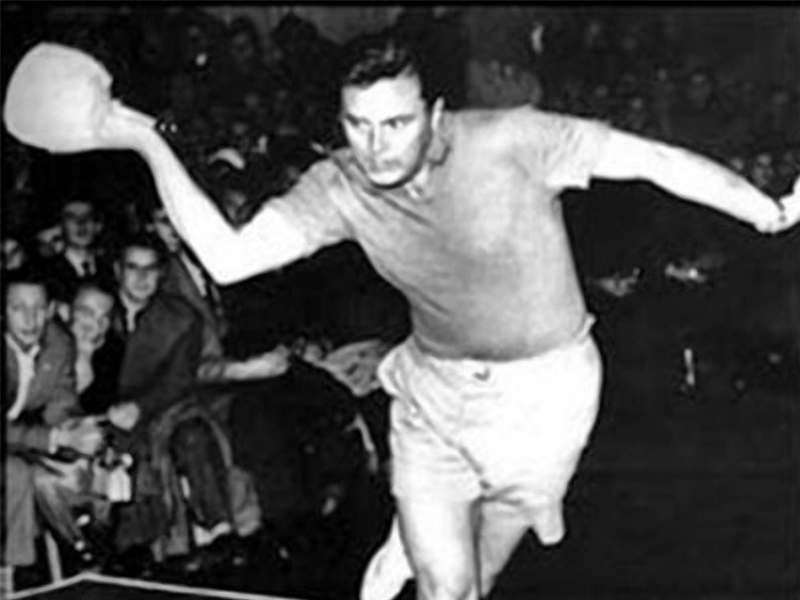 Penholder style player using a large rectangular racket showing a skull and crossbones.
He wrote the names of defeated players on this racket.
The one and only World Champion with Phd (Doctorate) university degree.
He was a professor at both Zagreb and Basel universities; alongside brother, Boris, he saved some 300 Jews during World War Two.