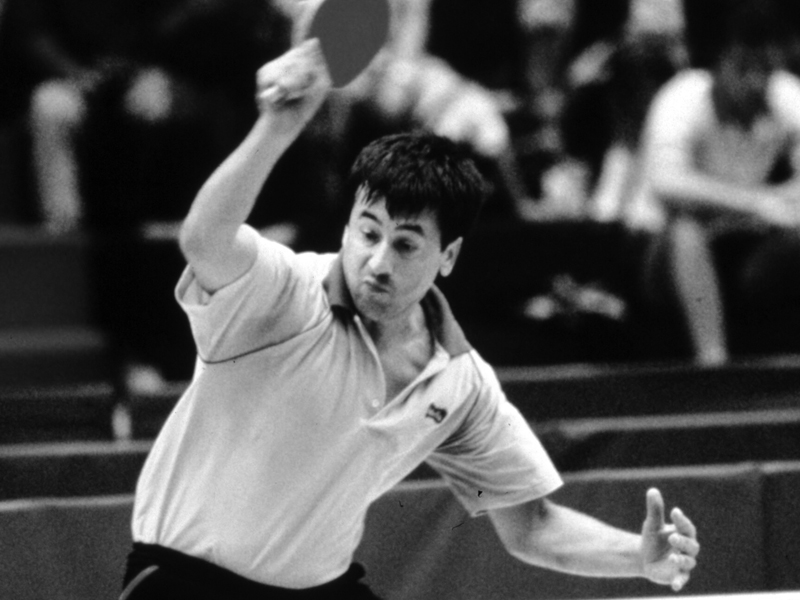 Born in Budapest in 1953, he started to play table tennis when eight years old directed by his older brother. He was to some extent unpredictable, he tended to achieve in shorter length tournaments as opposed to the longer events. Service from the centre of the table, a backhand top spin then move for a forehand was his trademark, but he will be remembered as a player who discovered the benefit of speed-gluing.