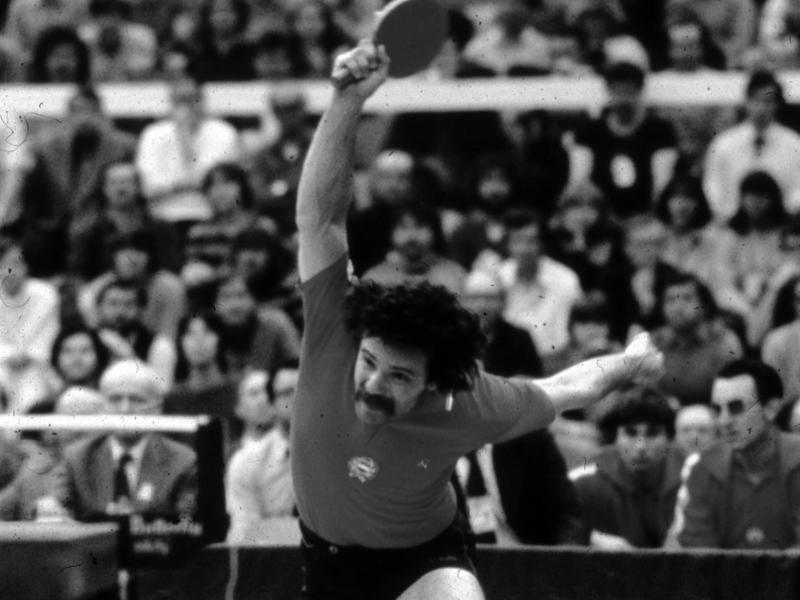 The man for the crisis; when Hungary won the Men’s Team event at the World Championships in 1979 in Pyongyang, Zoltan Berczik, the coach, selected him for the vital decisive matches against China, both in the first stage and in the final. Among the first players who frequent used backhand topspin during the rallies.