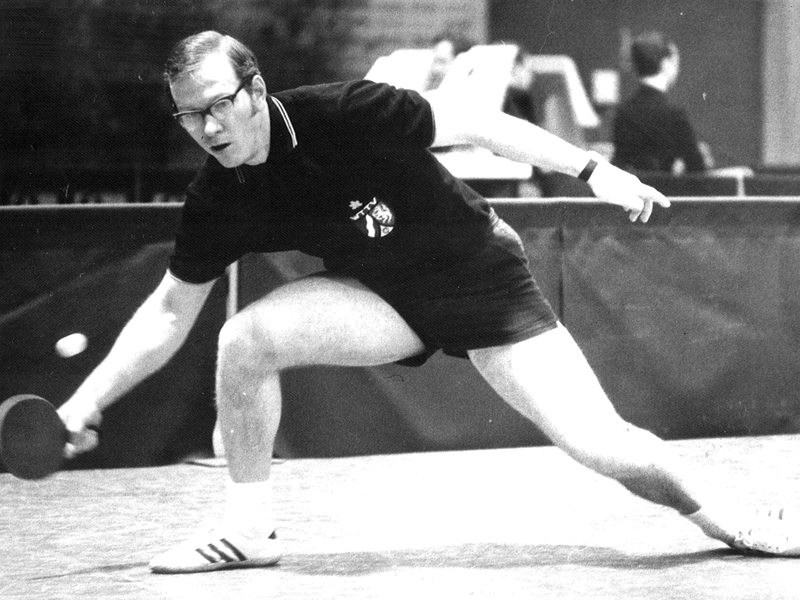 Mr. “Pokerface”, the master defender, he was the epitomy of calm and technical precision; his ability to return the ball low over the net was very much a trademark of high skill level. Notably, his footwork excelled, he ran the 100 metres in 11.4 seconds!